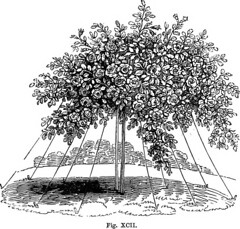 The Netherlands Organisation for Scientific Research (NWO), the main public funding agency in the country, has been enforcing already for a few years an Open Access (OA) policy for the dissemination of the results of the research that it finances (both publications and data). The NWO does not mandate a specific form of OA: Green is as good as Gold! But the practical implementation of the Green Road is, as often the case, subject to the capability of individual authors to secure the right to deposit their article in an institutional repository, once they have transferred their rights to a publisher.

For an equally long period of time the Dutch legislator has been engaged in a process to amend the Dutch Copyright Act with a view to strengthening the contractual position of authors in their relations with publishers. The Proposal for an Amendment to the Copyright Act 33 308, introduced in June 2012, is slowly making its way through the hurdles of the legislative process. On the road to adoption an amendment was proposed and approved to support scientific authors who wish to deposit their works in a repository. Hitting two birds with one stone, proposed article 25fa) would strengthen the position of scientific authors vis-à-vis publishers and would give support to the NWO’s OA policy. The proposed article reads as follows:

Article 25 fa
The creator of a short work of science for which the research is funded in whole or in part by public funds, has the right after a reasonable time after the first publication, to make the work available to the public for free, provided that the source of the first publication is indicated.

This provision is strongly inspired by section 38(4) of the German Copyright Act. The Explanatory Memorandum submitted along with the Dutch Proposal explains that the main differences with the German legislation is that, contrary to the German Act, the share of public funding is not fixed at fifty percent and that the period of time after the first publication is not set at twelve months. Furthermore, the Dutch Proposal is not limited to articles that appear in journals that are published ‘regularly at least twice annually’. The starting point for any form of full or partial public funding of research should be that the research will be available after a reasonable period of time over the internet for all citizens. In many cases, scientific articles can be posted on the internet for free significantly earlier – and without harming the economic interests of publishers – than over a period of twelve months. According to the Explanatory Memorandum specifying the frequency would be not desirable because it would be arbitrary in light of the fact that digital ‘journals’ no longer appear with a set frequency.

This week, the Permanent Committee for Security and Justice of the Senate published its preliminary report on Proposal 33 308. With respect to proposed article 25 fa) the members of the Senate Committee ask the government to provide additional information about what should be understood as ‘a short work of science’ and a ‘reasonable time after the first publication’.

I will personally be curious to hear what the government’s view is on these two points. First, because it is not uncommon in the Humanities and Social Sciences that research results are published in book form (see OAPEN). Would a book constitute a ‘short work of science’? Presumably not. If this is the case, how would a researcher be able to comply with the OA policy under his/her NWO research grant without the support of article 25 fa) of the Act? Second, while the argument about the frequency of publication makes sense, the failure to put a delay may just give the right excuse for publishers to back off from their existing practice and extend the embargo period after first publication from 6, to 12, 18 or even 24 months as it has been reported to be the case in the United Kingdom following the announcement in April 2013 of Research Councils UK that ‘Gold is the rule’!

The rights granted under article 25 fa) of the Proposal to authors conducting research in the Netherlands would remain protected even in case the authors dealt with foreign publishers. Protection in the context of international relations would be afforded on the basis of proposed article 25h which reads as follows:

According to the Explanatory Memorandum, article 25h paragraph 1 states that for purely national cases, the provisions of Chapter 1 should be considered as mandatory law and therefore cannot be put aside with a choice of foreign law. In case the agreement does have an international character, for example because the creator or the operator either resides or is established abroad, article 25h Aw clarifies that the provisions of the chapter on exploitation contracts – including art. 25fa) – are to be considered mandatory rules. Not every rule that is obviously mandatory in a national context, is also mandatory in an international context. Provisions will be recognized as mandatory, if their subject is so crucial for the protection of the political, social or economic organization of a Member State that they must be observed by all persons present on the national territory, and with respect to any legal relationship that arises within the territory. The rules laid down in this section of the Copyright Act would be that crucial.