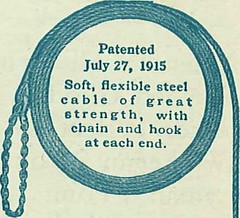 Benjamin Gibert’s report for the Lisbon Council entitled ‘The 2015 Intellectual Property and Economic Growth Index: Measuring the Impact of Exceptions and Limitations in Copyright on Growth, Jobs and Prosperity’ raised eyebrows in The Netherlands. Not that the conclusion that ‘countries that employ a broadly “flexible” regime of exceptions in copyright also see higher rates of growth in value-added output throughout their economy’ came as a surprise, but no one ever expected The Netherlands to score lower than France on the topic of flexibility in copyright! Really!

How to explain my and other Dutch copyright experts’ dismay at this finding? Would the answer perhaps lie in the methodology followed, the accuracy of the data and the assumptions made by the author?

With respect to the legal aspects of the study, the methodology is not made very explicit. In an email exchange with the author, I learned that ‘the methodology in the paper states that the SFEER index score is based exclusively on statutes that exist in the country, not the implementation/ interpretation of the law by courts, regulations or decisions that may set precedent’.

This is precisely something that no jurist would ever do: the ‘law’ is more than just the rules written in an act! The strength of a rule cannot be determined in abstracto: it all depends on its exercise and enforcement. Judicial interpretation is key to understanding the impact that a statutory rule has in practice. How else can one explain that citations of images are taboo in France because they are not ‘short’ (at least not without encroaching upon the author’s moral right of integrity), while they are perfectly acceptable in the Netherlands provided they meet the criteria of article 15a of the Dutch Copyright Act? Citing music in France is also problematic due to the perceived difficulty of giving the author proper attribution. The Dutch being pragmatic people, if attribution can be given somehow, then a music citation should be possible.

Press reviews realised on the basis of the statutory exception are extremely limited in France, but the press exception is frequently invoked with success in the Netherlands, not only by press organisations but also by public administrations and private enterprise. Of course, unauthorised digital newspaper clippings are now a thing of the past in the Netherlands as a result of judicial interpretation.

The possibility of using works, irrespective of the category, for educational purposes has been part of the Dutch legal landscape for more than a century, complemented in the last decades by a regulation on the right to make compilations in the form of student course packs. The same is true for the right to make reproductions by means of reprography by educational institutions, the public administration and private enterprise. In both cases, among the conditions set for a lawful use is the payment of fair compensation to the rights holder, the conditions of which are laid down in a regulation. In France, the lawful use of works for educational purposes is a recent phenomenon – until the implementation of the Information Society Directive in the French Code de la propriété intellectuelle, educational use was limited to short citations.

Since the devil is in the detail, it is not sufficient in my opinion to tick a box denoting that a national act contains a specific exception or limitation.

And, were the tick of a box sufficient, then it would need at least to refer to the correct provision in the act. The list of exceptions and limitations for the Netherlands (table 7, p. 20) would be:

It is unclear why ‘time-shifting’ and ‘format-shifting’ deserve a separate box in the table as these two narrow forms of reproduction authorised under UK law are encompassed within the broader continental private copying exception. The report also equates the three-step test of Article 5.5 of the Information Society Directive to a fair use defence, stating that it is an open-ended norm. Ah! Were that the case! Then no one would need to argue in favour of the introduction of an open norm in European copyright law!

Gibert’s findings, especially the high score of the United States, are based on the assumption that the American fair use doctrine is much more flexible than the European system of exceptions and limitations. This is only partly true. The main feature of the fair use defence that ensures a flexible application is its open-ended formulation. The fact that the fair use defence is available for situations not enumerated in section 107 (as long as the four criteria are met) gives the US copyright system the necessary flexibility to adapt to new technological developments without referring to the legislator. But as such, the four criteria of the fair use defence are not fundamentally different from many of the conditions found in the European exceptions.

Another debatable assumption is that non-compensated fair use/private copying should score higher than a levy system. The European continental system, with its payment of a levy, precisely ensures that users are able to make private copies of any work without fear of an infringement claim. The payment of a levy has no impact on the flexible character of the provision. Moreover, it is not clear, in terms of flexibility, why the levy system should play a role with respect to private copying but not to educational use, press reviews or reprography.

All in all, I believe that the weight given per country to the exceptions and limitations in the indicator table (p. 21 of the report) should be thoroughly revised. I will then be curious to see how this will affect the final score of The Netherlands in terms of flexibility.