As we enter a new year, we would like to take this opportunity to pass on 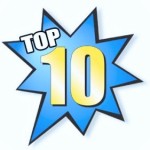 Here is a quick look back at the 10 most read posts from last year:

On 21 May 2015, the High Court of First Instance of Paris (Tribunal de Grande Instance) rendered a controversial judgment in which it ruled that a famous photograph of Jimi Hendrix, taken by Gered Mankowitz, was not original and therefore not protected by copyright.

2. Everything you always wanted to know about private copying but were afraid to ask (Case C-463/12 Copydan Bandkopi v Nokia Danmark A/S)

On March 5, 2015 the Court of Justice of the European Union ruled on Case C-463/12 Copydan Båndkopi v Nokia Danmark A/S (‘Copydan’). The case marked the seventh occasion on which the Court has ruled on the issue of the private copying limitation under art. 5(2)(b) Directive 2001/29/EC.

3. The Dutch courts apply UsedSoft to the resale of eBooks

The CJEU’s interpretative work on copyright law issues launched in 2015 with the decision of 15 January in the case of Ryanair Ltd v PR Aviation BV (Case C‑30/14). The Ryanair ruling, in which the CJEU held “…it is clear from the purpose and structure of Directive 96/9 that Articles 6(1), 8 and 15 thereof, which establish mandatory rights for lawful users of databases, are not applicable to a database which is not protected either by copyright or by the sui generis right under that directive, so that it does not prevent the adoption of contractual clauses concerning the conditions of use of such a database” was the latest stone added to the complex edifice of legal protection of databases in Europe.

The first Danish court decision on blocking an infringing website selling replica products was issued on December 11, 2014. It was the Danish Maritime and Commercial High Court that issued the ruling, which ordered Danish Internet Service Providers (ISPs) to block access to the online store, Interior Addict. Interior Addict is a website which illegally distributes replica furniture and lamps in Denmark.

6. YouTube is a hosting provider but one with extensive duties of care, say two German Courts

YouTube is the most popular video-sharing website in the world. As it is not entirely free of videos that infringe third party copyrights, it is also subject to litigation around the world. But under what regime can YouTube be held liable: Direct copyright infringement (as a perpetrator)? Or mere indirect copyright infringement, which imposes further requirements for establishing liability? Two German courts – Oberlandesgericht (Court of Appeal) Hamburg and Landge-richt (District Court) Munich I – ruled almost simultaneously on these interesting questions under German law.

8. Allposters ECJ Decision: no exhaustion of rights in modifications of the copyright work

When it comes to copyright it is a game of all or nothing. During the term that a copyright exists, the owner of a copyright has a monopoly on the work due to the exclusive rights of reproduction, distribution and communication to the public. When the copyright protection expires and the work enters the public domain, all exclusive rights vanish and the former copyright owner is left empty-handed. This post discusses the issues surrounding the entry into the public domain of the works of Mondriaan and Anne Frank.

In October 2014 the government introduced a series of changes to the UK’s copyright regime. One change, key to the objective of making copyright law better suited to the digital age, was the introduction of a private copying exception. That exception was put in jeopardy following a successful challenge by the music industry.