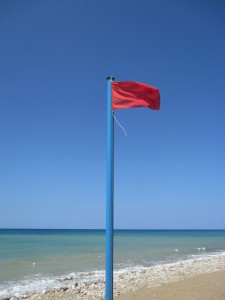 The American Vimeo case, decided on June 16, 2016, broadens the exemption for internet service providers (ISPs) in cases of copyright infringement by platform users. Meanwhile, the European Union seeks a narrower approach to excluding ISPs from liability. How do the two approaches differ?

The Digital Millennium Copyright Act of 1998 (DMCA), 17 U.S.C. 512(c), provides a safe harbour for online intermediaries (such as video platforms like YouTube or Vimeo). Online intermediaries can, under certain circumstances, not be held liable for any User Generated Content (UGC) that infringes copyright and is posted on the platform. In the 2016 interlocutory appeal the question arose whether this safe harbour also applied to sound recordings released in the years prior to 1972, the year that the safe harbour principle was introduced.

The Second Circuit quite easily came to the conclusion that the safe harbour principle applies to pre-1972 sound recordings as well. The principle seeks to protect ISPs against high costs of finding out whether videos contain copyright-infringing material. The year in which the material was first made public is in that aspect irrelevant.

Vimeo escaped liability, as the service provider fell within the scope of the safe harbour principle.

The Vimeo case has a number of interesting elements. The most important one, in my opinion, is the explanation that the Second Circuit gives about the conditions necessary to fall within the safe harbour.

The DMCA requires that, for the principle to apply, the service provider must not have any knowledge of the fact that copyright infringing material is published. Once he does (for example as a result of a notification from the right holder), the service provider has to take down the material.

Two sorts of knowledge are distinguished in the DMCA: ‘actual knowledge’ of infringement and ‘awareness of facts or circumstances from which infringing activity is apparent’. This awareness is referred to as ‘red flag’ knowledge. Actual knowledge is subjective, red flag knowledge more objective.

It may be obvious that actual knowledge is hard to prove. But in the Vimeo case, the Second Circuit makes it more difficult to prove red flag knowledge too.

First, the court says that red flag knowledge means that ‘the service provider must have actually known facts that would make the specific infringement claimed objectively obvious to a reasonable person.’ This reasonable person is someone who does not have any expertise in the field. This means that the potential expertise Vimeo employees may have in copyright law was found irrelevant by the court.

Second, the court articulates that in the case of red flag knowledge, the burden of proof shifts to the applicant. This all taken together means that the applicant has to prove that the service provider was aware of facts or circumstances from which infringement is apparent to someone without any knowledge on copyright issues! This is an almost impossible task for the applicant. The Second Circuit seems to force right holders to simply use the notice-and-take-down system that service providers offer, instead of starting long-running procedures that are often too expensive for the service providers to finance. This becomes clear when we look at the Vimeo case: Vimeo was in a weak financial position, battling the thirteen (!) companies that started the procedure together.

The text of article 14 of the E-commerce Directive resembles the text of the DMCA. According to this article, an ISP cannot be held liable unless actual knowledge of infringement or awareness of facts or circumstances from which infringement is apparent exists.

In the famous Google France case, the European Court of Justice (ECJ) said that for article 14 to apply, the role of the service provider has to be taken into account. When the activities of the intermediary are merely of a ‘technical, passive and automatic nature’, this points to a lack of knowledge or awareness. Unfortunately, the ECJ did not give any guidance on how to judge whether activities are technical, passive and automatic or not.

The newest development in European copyright law is the proposal for a new Directive on Copyright in the Digital Single Market. This Proposal for a Directive seeks to rebalance the position of the right holder against the position of the service provider. The Proposal gives the latter greater responsibility to act against copyright infringement and could therefore be a new tool for right holders to challenge ISPs in court. A substantive assessment of the proposal would go beyond the scope of this blogpost, so I would direct the interested reader to this earlier blogpost by Christina Angelopoulos.

Right holders seem to be in a constant state of war with ISPs. The United States tries to solve the problem by encouraging right holders to make use of the notice-and-take-down system, practically blocking the way to effectively challenge intermediaries in court. The EU legislation however seems to develop in the opposite direction. Based on the Google France case, the ECJ does not seem to find liability for ISPs problematic per se. Moreover, if the Proposal for a Directive is adopted in its current wording, service providers will have a larger responsibility in battling copyright infringement. Where the United States seems to find for the ISPs, the European Union places emphasis on protection of the right holders.