This post was first published on the new Kluwer Regulating for Globalization Blog.

On September 14, 2017, the EU Court of Justice issued a preliminary ruling in Case C-177/16,
Akka-Laa, on excessive pricing in the collective management of copyright licences.

In 2013, the Latvian Competition Council fined Akka-Laa for abusing its dominance by imposing too high rates for its services. Akka-Laa is a copyright management organization. It enjoyed a monopoly on the collection of copyright fees for public performance of musical works in Latvia.

The Competition Council found that Akka-Laa’s rates were at least twice as high as those applied in Estonia and Lithuania to stores of comparable size. The rates were also 50% to 100% above the average of other twenty EU countries, as adjusted through the purchasing power parity (“PPP”) index. This index represents the differences in citizens’ buying power.

Invested of the case, the Latvian Supreme Court posed a few questions to the CJEU on excessive pricing. It asked whether such a limited comparison with a hand-picked sample of countries was enough to find an abuse; and how the collecting agency could prove that its rates were nonetheless justified. 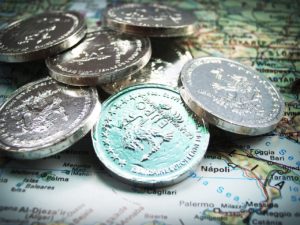 The importance of country comparisons

The classic test for excessive pricing suggested in United Brands (Case 27/76, § 252) is deemed unfit for licences of musical works.

The United Brands test requires an initial cost-price comparison to check the level of profits. If this first step shows remarkable profits, one should then compare the price with one or more benchmarks, to assess unfairness. Benchmarks may include previous prices, competitors’ prices, other countries’ or similar products’ prices, etc.

However, the costs of composing musical works are hard to quantify. Most importantly, they do not say much about the value of licences. Costs of additional licensing are also normally irrelevant. Cost-price comparisons are thus of little use.

In line with the case law – like Tournier (Case 395/87) or Lucazeau (Case 110/88, 241/88, 242/88) – the Akka-Laa ruling accepts alternative methods to the cost-price test. When it makes sense, a competition authority could skip this test and base the assessment only on benchmark comparisons. Hence, prices appreciably higher than in all other Member States could be abusive.

In this context, the Latvian Supreme Court wanted to know if a comparison with just two neighbouring countries and adjusted EU average rates was enough to deem prices excessive.

The CJEU answered that there is no minimum required number of countries for a comparison. However, competition authorities must choose the benchmark following objective, appropriate and verifiable criteria (e.g., consumption habits, GDP, culture, and history). PPP-adjusted EU averages may help confirming the results of small geographic benchmarks.

The CJEU also stated that there is no single good method to investigate rates. Competition authorities do not have to assess the overall fairness of an entire rate system. They enjoy “a certain margin of manoeuvre” and may single out the only rates they suspect are too high.

Pursuant to prior case law, even “appreciable” differences with the rates in other Member States are not sufficient to find an abuse. It merely shifts the burden on dominant companies to prove that prices are fair. The Latvian court asked which kind of difference can trigger this presumption of unfairness, because Akka-Laa’s rates were not so high as in previous abuses.

Here too, the EU judges said, there is no minimum threshold. But the difference with the benchmark must be both “significant”, whatever that means, and “persistent” (that is, stable and not just temporary).

As to the evidence needed to rebut a presumption of abuse, continued the EU court, copyright societies may point to differences between the compared countries. In general, copyright management is considered efficient if collection, administration and distribution expenses are much smaller than royalties paid to copyright holders: for example, management expenses totalling 20% of the revenues would be acceptable. Moreover, local regulation or other market features could justify higher management expenses. Legislation on fair remuneration could warrant broader remuneration to copyright holders.

Too much discretionary power?

Establishing fair prices entails judgement calls and there can be no hard-and-fast thresholds. But competition authorities should only curb high prices when they are clearly excessive, in markets with both high barriers to entry and ineffective regulation. In his opinion, AG Wahl suggested that, to avoid false incrimination, competition authorities should always examine a price “by combining several methods”, “accepted by standard economic thinking ”. In other words, they should strive to garner really convincing evidence, or refrain from action.

The Akka-Laa ruling seems to go the other way. It validates the competition authorities’ “margin of manoeuvre” without so many words of caution. It sounds more willing to lower the burden of proof on enforcers, than to put brakes on enforcement excess.

The ruling may also not be well timed. European Directive 2014/26/EU aims at making the copyright industry more competitive. It envisages a better functioning of collecting societies. It also allows rights-holders to assign rights management to any collecting society in Europe. Hopefully, in light of these developments, competition authorities will have more room to protect the competitive process. More competitive markets should naturally correct prices. And competition enforcement against excessive pricing will become less necessary.