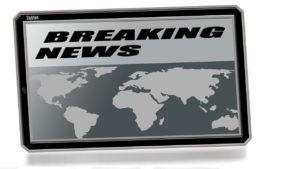 The exceptions for reporting of current events and quotation facilitate the functioning of the media. On 27 July 2017, the Bundesgerichtshof (BGH) submitted several questions to the Court of Justice of the EU (CJEU or Court) on the balance between copyright exceptions and the fundamental freedoms of information and the media, as well as the exceptions for quotation and reporting of current events. In answering these questions, the CJEU may well shed light on the open-ended drafting of these exceptions.

Although the case deals with many issues, this post will only focus on the last three questions referred by the BGH (Questions 4, 5 and 6), which directly concern the exceptions to Article 5(3)(c) and (d) of the InfoSoc Directive. Question 4 asks whether the exception for reporting of current events applies where it is possible and reasonable for the press undertaking to obtain the prior authorisation of the right holder. Question 5 concerns the purpose of the quotation in a case where the quoted material is not inextricably linked to the quoting article. Lastly, question 6 deals with the interpretation of one of the conditions of the quotation exception, namely that the quoted work must have already been lawfully made available to the public.

The dispute arose in Germany between the online internet news portal “Spiegel Online” and Volker Beck, a member of the German Bundestag, belonging to the Green Party. Volker Beck wrote a guest article as part of a book anthology “Das Pädosexuelle Complex” in 1988 (hereinafter “the book entry”). After publication, Beck complained several times that the editor had made alterations to the manuscript, thereby distorting the original meaning of the article and publishing it as such without his consent. Upon discovery of the original manuscript (hereinafter “the manuscript”) several days before the 2013 general elections, Beck sent the manuscript to several newspaper offices to demonstrate that it had been altered for the book entry by the editor. He refused publication of the manuscript by the newspapers but agreed to their reporting with a link to his website, where he made the manuscript and the book entry available online with distinctions, indicating his disassociation from the content of the texts.

The defendant Spiegel Online published an article on its website, arguing that the difference between the manuscript and the book entry was minor and the essence of the manuscript was not altered. In addition to the article, PDF files storing the original versions of the book entry and the manuscript were made available via a link, making it possible to download the PDF files independent of the article itself. These links did not lead to the website of Volker Beck. Volker Beck then initiated proceedings against Spiegel Online, claiming that the publication of full texts on the website of the defendant was a violation of his exclusive rights of reproduction and making available to the public.

As noted, the fourth question referred to the CJEU asks whether Article 5(3)(c) of the InfoSoc Directive on the reporting of current events applies where it is possible and reasonable for a press undertaking to obtain the permission of the right holder before making the copyright work available to the public. The defendant Spiegel Online notified Volker Beck of its interest in a separate publication of the manuscript and the book entry but it did not obtain his consent. As the BGH indicates in its decision, according to its case law, if it is possible for the reporter or the editor to obtain the consent of the right holder before publication, the exception for reporting of current events does not apply.

The wording of Article 5(3)(c) does not provide for the condition of consent. If the CJEU provides for conditions beyond the wording of the provision, the result could further limit the scope of exceptions. Whether that will occur – or is indeed a desirable outcome – will depend on the way in which the Court balances the fundamental rights of the copyright holders and the freedom of the press and the media.

The fifth question of the BGH concerns whether there is a publication for the purpose of quotation when the quoted material is not inextricably linked to the quoting text but is published via a link in the form of PDF files accessible independent of the quoting work. In order to apply Article 5(3)(d) of the InfoSoc Directive, the quoted work must be previously made available to the public, its source and author must be indicated unless it is impossible, and the use of works for quotation must be in accordance with fair practice and must not go beyond its specific purpose (such as criticism or review).

The CJEU has not yet interpreted Article 5(3)(d) of the InfoSoc Directive in terms of the connection required between the quoting text and the quoted material. In answering Question 5, the Court may adjust the traditional understanding of quotation, as adopted by the German Constitutional Court and the Opinion of AG Trstenjak in Painer, approximating it to that endorsed by the courts of the Netherlands.

The last question concerns another aspect of the exception for quotation, the condition that it must relate to a work that has already been lawfully made available to the public. The referring court asks whether the specific form in which the works were lawfully made available to the public must be considered when assessing this condition. In the case at issue, PDF files of the book entry and the manuscript linked on Spiegel Online lacked the distinctions added by Volker Beck. Furthermore, the book entry was originally published only in its allegedly altered form as part of an anthology in 1988. It could be argued, since the exclusive right of making available to the public includes the right to determine the technical means used for and the time of the publication, that the specific form should be considered. Nevertheless, the question is also whether the distinctions and the alleged alteration are sufficient to deem the publication of the original texts by Spiegel Online different from the “specific form” authorised by Beck. Having regard to the wider freedom of expression enjoyed by the media in performing its journalistic functions, the Court might (and perhaps should) adopt a broad interpretation.

Overall, this is likely to be a landmark decision on the interpretation of the exceptions and limitations set out in Article 5(3) of the InfoSoc Directive. The decision will shed further light on the direction of the purpose oriented approach towards the interpretation of exceptions and limitations, which was positively received by some scholars after Deckmyn. It remains to be seen whether the Court will endorse this approach, which is of particular importance in the context of linking for the purpose of quotation, an activity with a significant effect on the current digital networks, especially for the media.