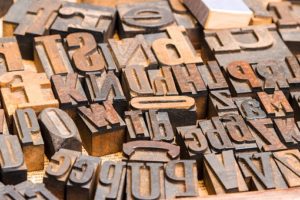 The fight for the new press publishers’ right is continuing in the European Parliament. It was proposed by the European Commission in the draft Directive on Copyright in the Digital Single Market in 2016 and since then has attracted extensive discussion involving different groups. It is certainly not the first attempt by publishers to seek exclusive rights that would help them protect their interests in the changing technological and business environment. As one example, publishers were successful in getting the so called ‘right to published editions’ introduced in the UK Copyright Act 1956, Australian Copyright Act 1968 and some other countries. The right to published editions was introduced to protect the typographical arrangements of published editions of, essentially, out-of-copyright works and lasts for 25 years. It remains in the copyright statutes today. It is interesting to look at the history of this right and see whether there are lessons that could be learned for the purposes of the current discussion on the proposed press publishers’ right.

The proposed rationale for a new press publishers’ right is not novel.

The arguments that publishers today are using closely resemble the arguments voiced by publishers almost a century ago. When the UK Publishers Association started lobbying for the right to published editions in the 1930s, they referred to new technologies, such as photolithography and offset printing, and the threat that these new technologies posed. Namely, they enabled ‘unscrupulous publishers’ to reprint published editions of out-of-copyright works without the need to invest in expensive typesetting and without the need to share profits with the original publishers. They also referred to other exclusive right holders, such as record producers, and argued that due to the similar functions they perform, publishers should be granted a similar scope of rights. Today, press publishers argue that new technologies, namely the Internet, have enabled ‘unscrupulous competitors’ such as news aggregation services and social websites to disseminate publishers’ content, make unfair profit from this and not share it with press publishers. They also refer to other neighbouring right holders – record producers, broadcasters etc (the list is longer today) that perform similar dissemination functions and undertake similar investment – and suggest that publishers deserve similar exclusive rights.

The same rationale is not necessarily valid in different countries.

The history of the published editions right shows that the proposed rationale for the right was not necessary true in all countries where it was introduced. While UK publishers’ fears of “unscrupulous competitors” free-riding on their investments may have had some basis, the situation in Australia was different. When the Copyright Bill 1967 was discussed, the Australian Book Publishers Association did not express any concerns about possible ‘piracy’ of out-of-copyright works, nor did they show any interest in the right. Since local publishers showed no opposition to this right, and as a result of the tradition of following British law, the right was transposed into the Australian Copyright Act 1968. It is still questionable whether it provided any benefits to the local Australian publishing industry. Today, similar concerns could be identified in the EU discussion on press publications. While publishers in large EU markets, such as Germany and France, could possibly provide evidence as to the need for the right, publishers in smaller markets, such as small Central-Eastern European countries, apparently do not see news aggregation services or social media platforms as a threat to their existence online; they rather think that these platforms help readers to locate news websites and thus increase traffic to these websites. If this right is introduced across the EU, in some Member States it is likely to be one more ineffective black letter rule.

Measuring effectiveness does not get easier with time.

Today, one of the main arguments that the critics of the proposed press publishers’ right put forward is that the right will not be effective: It has failed in Germany and Spain; it is not likely to produce additional income for publishers in other EU countries either. Such forward-looking assessments are always speculative. Interestingly, even when talking about the previous rights, measuring effectiveness is a similarly difficult task. Some publishers argue that the published editions right was extremely important for those publishing out-of-copyright classical texts. Others disagree by suggesting that although it could have provided some comfort for such publishers, it was never determinative in whether to engage in particular publishing projects; other considerations and costs, such as marketing and distribution, played a much more important role. What became clear is that rights intended to address specific situations become quickly outdated as technology and business models develop. After Desktop Publishing (DTP) software became available in the 1980s, the published editions right essentially lost its relevance. Keeping in mind the fast-evolving Internet technology and business models, one may wonder whether a similar destiny awaits the proposed right for press publishers.

New rights tend to be applied to unexpected situations.

The intriguing fact in the history of the right to published editions is that there has not been a single case where an entity from the book publishing industry tried to rely on this right. Rather, quite unexpectedly, other industries, and in particular newspaper publishers, tried to rely on it to protect their interests. In the 1980s they were rather successful[1] but soon the courts in both the UK and Australia became more careful in extending this right to new situations. The courts acknowledged that this right is broad enough to cover editions of newspapers (as well as software manuals!)[2] but concluded that infringement will be found only when the focus of copying is the layout of the edition and not merely the content[3]. It is very likely that the press publishers’ right could gradually expand beyond its initial scope. For instance, book publishers may want to ask for a similar right that would allow the monetisation of snippets on the Google Books platform.

A new right may lead to new frictions.

The opponents of the press publishers’ right suggest that another layer of rights over press articles would cause further difficulties in the licensing market. They might be right. The published editions right has caused similar friction. In the 1990s, Australian press monitoring companies complained that press publishers threatened them with the right to published editions, even though they had licensed the rights to press articles from the appropriate collective societies. As a result, they requested the abolishment of the right or limitation of its scope.

Hopefully, these 5 lessons from the history of the published editions right will be of use in the current debate on the press publishers’ right.

The post is based on the draft research paper ‘A right to published editions: historical lessons to be learned’, to be published on ssrn account  https://papers.ssrn.com/sol3/cf_dev/AbsByAuth.cfm?per_id=2249469. Further inquiries: rita.matulionyte@newcastle.edu.au