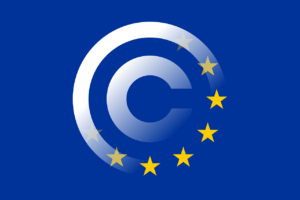 Chapter 3 of Title IV of the Directive encompasses a set of six articles specifically directed at authors and performers (henceforth ‘creators’). For many industry stakeholders, this set of articles goes hand in hand with the controversial article 17 (most recently discussed on the blog here, here and here). In conversation with Crispin Hunt, Chair of BASCA and elected Director at both PRS and PPL, he argued that it needed to be established that services offering music have to pay their licenses, but that ‘it doesn’t make any sense to grow the pie if we don’t share it better’. Hunt also thought that it was brave of the commission to decide to regulate contractual terms, considering the Commission’s otherwise neoliberal inclinations and penchant for the principle of freedom of contract (see related article by the author here). Importantly, Chapter 3 recognises that contracts are rarely signed between individuals with level bargaining power and that measures to stop the stronger side from taking advantage of this situation are necessary for the development of a healthy creative ecosystem.

However, I will argue that the accompanying conditions could easily suppress the effect of these well-intentioned rules if Member States do not seize this opportunity to improve the conditions for their creators.

Principle of appropriate and proportionate remuneration

Article 18 was not part of the Commission’s Proposal and so is the result of the Fair Internet for Performers Campaign. The campaign seeks to secure fair remuneration for performers when their recorded performances are streamed by digital service providers such as Spotify and Netflix. The legal instrument demanded by the coalition behind this campaign would be a collectively managed unwaivable equitable remuneration right, comparable to that already existing in relation to broadcasts and public performance in most Member States. While this instrument has not found its way into the Directive, in the words of the coalition, the provisions constitute ‘a first, encouraging step in the right direction’.

Article 18(1) entitles authors and performers ‘to receive appropriate and proportionate remuneration’ where they have licensed or transferred their exclusive rights in contract. Paragraph 2 of the article gives instructions to Member States to find the right mechanism to implement paragraph 1, taking into account ‘the principle of contractual freedom and a fair balance of rights and interests’.

Here the keywords are ‘appropriate and proportionate’. Recital 73 provides some direction:

appropriate and proportionate to the actual or potential economic value of the licensed or transferred rights, taking into account the author’s or performer’s contribution to the overall work or other subject matter and all other circumstances of the case, such as market practices or the actual exploitation of the work.

The suggestion is that creators are not necessarily entitled to the full value of their rights. Instead, under uncertain circumstances, they are entitled only to remuneration that is proportionate to the full value. So, if currently a creator receives a lump sum from a contractor for the full economic value of the rights at a point when these have not yet been exploited, contractors can now make a case to only pay them a proportion of that. This would leave creators in a worse position than current market practice. This is, unless ‘they take into account the actual exploitation of the work’, in which case creators could make a case for remuneration that is not fixed but increases over time in proportion with actual exploitation.

However, there is a different way of reading ‘proportionate’ and that is by reference to Article 19(3) in which the term ‘disproportionate’ is used ‘in the light of the revenues generated by the exploitation of the work or performance’ (see also Article 20(1) and Recital 78). This is the wording preferred by the coalition in its statement on the newly adopted Directive. Their convenient summary of article 18 is that ‘the remuneration of performers must be proportionate to the revenues generated by the exploitation of their work’.

Recital 73 also has something to say about lump sums, namely that they can ‘constitute proportionate remuneration but it should not be the rule’, and further that ‘Member States should have the freedom to define specific cases for the application of lump sums, taking into account the specificities of each sector’. This complicates things again, considering that a lump sum can only be proportionate in relation to a given value if this value is known or agreed in advance of exploitation, which history has shown is unlikely. Again, the coalition has read this in the most optimistic light, stating that ‘lump sum payments are to be the exception, rather than the rule’.

Much work will need to be done at national level, though, to ensure that the new Directive does what it set out to do: to pay creators fairly for their work (see Ansip’s vision for the Directive here). As an example of what the position of the UK government may be when it comes to the implementation of the Directive, take the view of the Chair of the UK Copyright Tribunal, Richard Hacon. Hacon made it clear at a talk to creators which I attended that in any industry negotiation market practice would always prevail. When asked what his position would be if market practice did not provide sufficient indication in a new regime, he refused to consider alternatives. Cautious participants at the event concluded that, if nothing else, the words ‘appropriate and proportionate’ will have the power to force employers to the negotiating table.

This article addressed one of the most debated issues in the industry: the need to grant creators greater transparency in relation to their pay. In order to manage their finances and make informed financial decisions, creators need to make sure that the royalties they are receiving as part of their deal or the payments regarding their statutory remuneration rights are a true reflection of the revenue generated from the exploitation of their works. In practice, it is difficult to keep track of the deals entered into by the contractual counterpart/s (most likely a publisher and/or record label) and likely amounts negotiated. Publishers and record labels are encouraged to act in a secretive way, as the more they can hide from their licensors, the more they can retain for themselves. Hence the need for this article.

Based on a brief justification in Recitals 74-5, article 19(1) demands that creators receive ‘at least once a year, […] up-to-date, relevant and comprehensive information’ on the ‘modes of exploitation of their subject matter, all the revenue generated and remuneration due’. So far so good. Unfortunately, the remaining paragraphs and Recitals 74-77 undermine the first paragraph’s potential effect.

Article 19(2) (preempted by recital 76) makes reference to a not uncommon situation in which a licensee further sub-licenses the rights to a work or performance. When this happens, according to this paragraph, creators do not have an automatic right to transparency, but need to make a request to the sub-licensee to be given any information the first licensee does not already hold. Further, Member States may decide whether creators can contact the sub-licensee directly or need to go through the licensee. If creators need to go through a licensee first, nothing stops the first licensee from creating a separate company (or using one within their group) in order to at least buy themselves time to withhold any time-sensitive information.

Article 19(3) lifts the obligation in paragraph 1 in cases where the cost of sharing that information is ‘disproportionate’ when considered in relation to the revenues generated by the exploitation of the relevant subject matter. It is questionable why this condition is necessary, considering that in the digital era the cost of managing data has decreased significantly. As things stand, the vast majority of creators (who also have the least bargaining power) will lose out.

Article 19(4) introduces the ‘significance of contribution’ clause (also a condition in Article 18). As I have argued elsewhere and case law has proven repeatedly, the weight of a contribution is difficult to assess from the outset (e.g. Beckingham v Hodgens [2003] and Fisher v Brooker [2009]). Contributions by session musicians, for instance, can become the hook of a song or leave an imprint that was not foreseen at the time of the publication of a song. Considering that most creators have very little bargaining power, this assessment is left to the contractor, and so the large majority of creators are likely to lose out again.

Article 19(5) provides more positive news subject to negotiation by Members States. These may provide that the transparency rules can be negotiated collectively. A collectively agreed solution is ideal and one strived for by individual artists as it increases the bargaining power of the majority of musicians (see also Recital 77).

Article 19(6) (preempted by recital 77) exempts collective management organisations from Article 19 on the basis that the CRM Directive regulating them already has such provisions.

Although the transparency obligation has been watered down to the point of rendering it nearly ineffective, it is worth noting that it legitimises the need for greater transparency in the creative sector. That in itself is reason for optimism.

I wish to thank Crispin Hunt (BASCA, PRS and PPL) and Benoît Machuel (FIM) for sharing their views for this article.