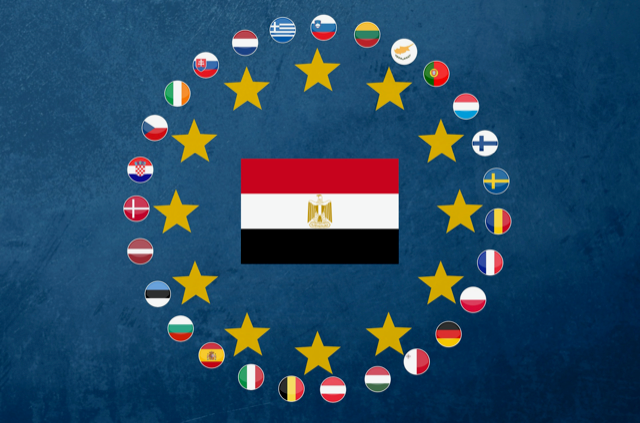 The growing proclivity of issuing “dynamic injunctions” to block the online illegal diffusion and distribution of audio-visual copyrighted content has recently caught the attention of several scholars (see here, here and here). In fact, the preventive nature of the rights involved, the need to preclude imminent damage, and the fact that most IP addresses targeted by blocking injunctions are univocally dedicated to this type of illicit activity, has led to the issuance of ex parte blocking injunctions. In layman’s terms, these are issued without the participation of the respondent to the case. This is due to the fact that courts are often faced with situations in which delays could cause irreparable damage to the right for which protection is sought. Over the years this novel practice has given rise to “live”, “fast” and even “super” injunctions in various jurisdictions. The majority of these focus on the protection of major sports events, like the Italian Lega Calcio, the English Premier League and the UEFA Champions League (for a detailed analysis see here, here and here). Unsurprisingly, the rise of dynamic injunctions in that particular sector is largely due to the mammoth profits that these events yield for right holders.

In the realm of online copyright enforcement, we must note that these different types of “dynamic injunctions” share one ubiquitous and universal attribute, that is the judges’ slow and steady departure from static measures towards more dynamic means of copyright enforcement.

According to the Communication of the European Commission COM(2017) 708, dynamic injunctions “can be issued for instance in cases in which materially the same website becomes available immediately after issuing the injunction with a different IP address or URL and which is drafted in a way that allows it to also cover the new IP address or URL without the need for a new judicial procedure to obtain a new injunction”. We must note that the rising tendency of European courts to engage intermediaries, mostly Internet service providers (ISPs), in the daily battle against piracy brings with it a lot of complications in this field. For instance, issues relating to the prohibition of imposing a general monitoring obligation on intermediaries have spiked major concerns under article 15 of the e-commerce directive (ECD).

Leastways, our aim here is not to further dissect the conformity of this novel, yet somehow worrisome, practice under EU law (see here, here). We simply endeavour to highlight its significance in reshaping copyright enforcement in the prospect of an Egyptian digital market. In a previous post (here) we considered what the Egyptian copyright legislator could learn from the YouTube/Cyando case, and here we explore what lessons, if any, it should retain from this growing trend of dynamic injunctions.

The Egyptian Copyright legislator addresses the issue of injunctive relief in the body of the Egyptian copyright law (ECL – law no. 82 of 2002) itself. By virtue of article 179 of the latter, any interested party, not only right holders, can request provisional and conservatory measures to put an end to any sort of infringement. Upon such request, and if deemed both urgent and necessary, the competent court possesses a wide range of non-exhaustive measures, including but not limited to the “suspension of production, exhibition, publication or reproduction of the work, performance, sound recording or broadcast program” (art. 179(2) ECL) and the seizure “of the original and infringing copies and any material used in republication or reproduction provided that such material can be used only for such republication” (art. 179(3) ECL). In any case, the plaintiff must deposit an adequate financial guarantee with the competent court, following which the latter issues its order within twenty-four hours. The competent court may also designate an expert to assist the bailiff in charge of the execution of any ordered measures.

In addition, we must note that the ECL subjects the validity of the issued injunction to the submission, by the plaintiff, of the merits of the case to the competent court within fifteen days from its issuance, failing which “the order will cease to have effect|” (art. 179 ECL). By contrast, any concerned party has the right, within thirty days, to appeal before the president of the court issuing the order. In such case, the latter may totally or partly confirm or revoke the order in question. If the injunction is invalidated, the judge may designate a custodian for the republication, exploitation, exhibition, manufacturing or reproduction of the work, sound recording or broadcast program according to article 180 ECL (for more detailed analysis, see here).

In view of the forgoing, one cannot simply turn a blind eye to the shortcomings of the framework set by the ECL, which can be felt not only in theory but also in practice.

The rudimentary character of the wording of the text is extremely noticeable, as article 179 of the ECL fails to offer the possibility for interested parties to demand injunctions to “prevent” or “anticipate” any imminent infringements. Paradoxically, this goes against the wording of article 50(1) of the TRIPS Agreement that requires members “to offer prompt and effective provisional measures: (a) to prevent an infringement of any intellectual property right from occurring”. Not to mention that preventative measures are considered standard practice in several jurisdictions, including the forever inspirational French law (see art. L. 336-2 French IP code : “toutes mesures propres à prévenir ou à faire cesser une telle atteinte à un droit d’auteur ou un droit voisin”). This leads us to question the adequacy of the law in fighting online piracy and the illegal dissemination of protected works in the Egyptian digital market. It should be borne in mind that the conformity of the ECL with the TRIPS Agreement was the original catalyst for the adoption of law no.82 of 2002 and the subsequent enactment of Egypt’s first IPRs code. However, the former fails, in our opinion, to deliver a coherent framework with regards to injunctive relief.

Nonetheless, if we opt for an “extensive interpretation” of the text, in light of the TRIPS Agreement, we can argue that injunctions should be applied to prevent infringements under article 179 of the ECL. Since the legislator has opted for a non-exhaustive list of conservatory measures, one can assume that the latter wanted to leave any question relating to the “online applicability” of injunctions to the wide discretion of the judge.

In practice, the framework set by the ECL fails to deliver on various levels. Lest we forget, the main goal of injunctions is to offer an effective, efficient, and swift response to the infringement of protected works. However, by subjecting the validity of the injunction, as explained above, to the submission of the merits of the case to the competent court, the ECL is depriving the injunction from its essence. In an analogue world this may seem acceptable, but in the context of a blocking injunction issued against an ISP, this could potentially trigger several issues. Under the current Egyptian law, two scenarios could be foreseen. Since the ECL does not regulate intermediary liability (see here), the judge reviewing the case on the merits will either be compelled to invalidate the injunction against the ISP, or confirm it. The second scenario shall only take place if the judge establishes that the former owes the plaintiff a certain “duty of care” that engages its extra-contractual or tort liability, which is yet to be formally admitted by Egyptian courts. In addition to this technicality, practice has clearly shown that courts demand the deposit of very onerous “financial guarantees”, that are both deterrent and dissuasive for right holders to demand any injunctive relief in pursuit of their lawsuit.

Despite all these shortcomings, we can still argue that the text itself provides for some lucid opportunities, all of which depend on the judge’s discretion. As explained briefly above, the wording of the ECL does not restrain, in our opinion, the Egyptian judge from embarking on an ambitious extensive interpretation of the law in light of conventional law, notably the TRIPS Agreement. In other words, article 179 of the ECL could form a rough unfinished sketch, an ébauche, for judges to order dynamic blocking injunctions against ISPs, since the legislator does not restrict them with an exhaustive list of provisional measures to respect. Therefore, in the wake of the growing practice of dynamic blocking injunctions in the digital single market, the Egyptian judge should make use of this state-of-the-art standard for online copyright enforcement in the Egyptian digital market.

For the reasons outlined above, the debate under the ECL should no longer focus on the possibility for the judge to issue the injunction itself, but rather on the choice of measures that the latter should seek out to ensure optimum levels of protection of literary and artistic works.

Prospective Alignment of the ECL with Dynamic Injunctions

In the prospect of an Egyptian digital market, dynamic injunctions should take their legitimate place under the ECL. The conciliation of article 179 of the ECL with dynamic blocking injunctions could be made possible through the extensive interpretation of the text. To that end, we endeavour to formulate several guidelines not only for the Egyptian copyright legislator, but most importantly the judge.

From the outset, the Egyptian judge should be informed that nothing in the TRIPS Agreement goes against the issuing of injunctions to both stop and prevent infringement from occurring. Consequently, the ECL should follow in these footsteps. In addition, judges should alleviate some of the procedural barriers deterring interested parties from accessing injunctions. This not only means reducing the required adequate financial guarantees, but most importantly ensuring the continuity of any injunction in its post-issuance phase. During the phase of verification of the claim on its merits, the judge could set out the scope and validity of the ordered injunction and any dynamic blocking measure. This means setting out the modalities of the latter and highlighting any possibility of updating the URL list in cooperation with the concerned ISP operating in Egypt. On a final note, we believe that any ISP operating in Egypt should be more engaged in the fight against piracy, since they are on the front line of this battle; they possess the ability to respond to the problem in question and, undoubtedly, should be held responsible.

The Egyptian copyright legislator should in turn be swayed into updating article 179 of the ECL to include the possibility for injunctions to be issued to prevent imminent infringements. This would give the green light for the judge to move towards the path of dynamic blocking measures against ISPs. In all cases, any eventual core revision of the ECL should tackle the issue of injunctions instead of only paying lip service to this remedy. By doing so, not only do we ensure that Egypt respects its international obligations set out under the TRIPS Agreement, but we also guarantee that the ECL is in line with international standards of copyright enforcement.

Copyright has found a promising remedy in dynamic injunctions for the daunting phenomenon of mirror websites and the stark daily prejudice they cause to right holders. Dynamic injunctions have undoubtedly caused a huge paradigm shift in the field of blocking injunctions; a revolution that challenges the status quo of online copyright enforcement. They therefore provide a vital lesson for Egyptian copyright. For further lessons, as always, stay tuned…