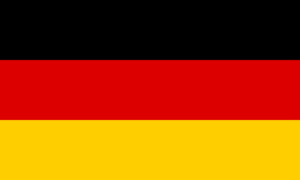 We are happy to announce that going forward we will be publishing an annual review of the case law of the German Bundesgerichtshof, authored by Jan Bernd Nordemnann (NORDEMANN law firm). In order to bring readers up to date on earlier developments, over the next few days we will be republishing in four parts an article (originally published in “Auteurs & Media”) summarising case law from 2015 to 2019 organised by topic. This first part covers the definition of a work, authorship and moral rights. Parts 2 to 4 will address exploitation rights, related rights, exceptions and limitations, copyright contract law and enforcement.

Germany has always had an extensive judicial practice in copyright law. Usually, judges with a specialist knowledge of copyright law issue the decisions because among German courts, decision making bodies specialised in copyright law have been created. There is even one senate at the highest German civil court, the German Federal Court of Justice (BGH), which has copyright law as one of its specialist areas. The case law of that copyright law senate of the BGH from 2015 to 2019 is summarised below. An English translation of the relevant statutory provisions from the German Copyright Act (UrhG) can be found here. The decision practice of the BGH in 2020 will be described separately in a later article.

Under German copyright law, a definition of a work can be found in Section 2(2) of the UrhG. That paragraph reads: “Only the author’s own intellectual creations constitute works within the meaning of this act.” Section 2(1) then lists the different types of work.

That list includes, under point No. 4, works of applied art. In 2015, the BGH expressed its opinion on the concept of a work and confirmed the copyright protection of the so-called Wagenfeld lamp under Section 2(1) No. 4, (2) UrhG.

In another decision from 2015, the BGH underscored its case law on the so-called “small coin” (“kleine Münze”) in relation to musical works. In German copyright law, the concept of the “small coin” refers to works which are at the lowest possible limit of what just about constitutes a copyright protected work. According to the BGH, the decisive factor for the question of eligibility for protection is the overall impression of the musical work. Moreover, an individual product of effort eligible for protection could arise from the manner in which the various instruments were used. Mere skilled craftsmanship, using formal design elements based on the theories of harmony, rhythm and melody was, however, not able to enjoy copyright protection. The BGH also stated that protection was excluded in the case of musical “common property”, like the simplest series of notes or well-known rhythmic structures. The key factor was the opinion of the sections of the public who are fairly familiar with and open to musical matters.

In its decision in CT-Paradies, the BGH further outlined its case law on the assumption of authorship according to Section 10(1) UrhG. Following that, authorship has been assumed, in a number of court proceedings, in favour of the person who has been identified as the author in the customary way on a copy of a published work or on the original of the work of applied art.

The plaintiff was selling, via his website, collectable teddy bears under the name “CT-Paradies”. The listings were advertised using photographs uploaded by the plaintiff, which had the wording “CT-Paradies” on them.

“CT-Paradies” was, in the view of the BGH, not a sufficient identification of the author to create a presumption of authorship. It was not clear that the meaning of “CT-Paradies” was to identify the plaintiff as the photographer. The BGH stated that a prerequisite for the presumption of an identification of authorship under Section 10 (1) UrhG was that the public perceived an indication of a natural person in such a label, which was not the case with the “CT-Paradies” label.

German copyright law protects three different types of moral rights, namely the right to decide on the first publication (Section 12(1) UrhG), the right to recognition of authorship (Section 13 UrhG) and the right to integrity of the work (Section 14 UrhG).

On the right to integrity of the work under Section 14 UrhG, the BGH stressed, in a decision concerning the use of musical works at a campaign event of the NPD party (National Democratic Party of Germany, far right and ultra-nationalist political party), that Section 14 UrhG also afforded protection against indirect impairments which did not change the work itself. In any event, in the case of the dramaturgical integration of pieces of music into a party’s election campaign event, against whose political aims the authors had, according to the findings of the Appeal Court, already spoken out and which is classified as anti-constitutional by the German Federal Constitutional Court, the author’s interests had to be given priority in the scope of the required weighing up of interests.

The BGH published a further three decisions in 2019 on the protection of the integrity of a work: HHole (for Mannheim), Minigolfanlage and PHaradise. The leading ruling in this respect is HHole (for Mannheim). In that case, the parties had concluded a contract, following which the claiming party, the author, “installed a multimedia and multidimensional spatial installation, HHole (for Mannheim) 2006” in a wing of the Kunsthalle Mannheim (Mannheim museum of modern and contemporary art). However, that wing was later fully demolished together with the work of art. The copyright dispute concerned the question of whether that infringes the moral rights of the claiming author based on Section 14 UrhG. The question of whether the destruction of a work of art infringes the moral right to the integrity of the work under Section 14 UrhG had previously been a highly controversial topic in Germany. The BGH ruled that the complete destruction of a work of art is the “harshest form of impairment within the meaning of Section 14 UrhG”. In this regard, to determine whether an infringement had occurred, a weighing of interests had to be carried out, which had to incorporate a consideration of fundamental rights. According to the BGH, the outcome of this weighing up of interests will, at least in the case of works of architecture or works of art inextricably linked with buildings, usually be in favour of the property owner.

The Minigolfanlage and PHaradise cases confirm these principles. It should be emphasised, however, that, according to the BGH, in the weighing of interests “aesthetic interests” alone do not generally entitle the owner to alter the work of art.

Parts 2 to 4 of this post will be published on the blog over the coming days.