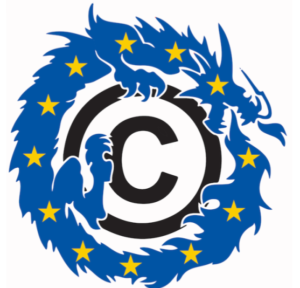 At the same time, the question of how to balance the freedom of expression with the new requirements for platform operators to filter works uploaded to their platforms remains essentially unresolved. While the Commission has published its implementation guidance, case C-401/19 — the Polish challenge of the fundamental rights compliance of Article 17 — is still being deliberated by the CJEU. The looming decision in this case continues to cast a shadow over the implementation process. But at this stage it seems reasonable to expect a ruling of the Court, and thus a possible resolution of the Article 17 implementation saga, at some time during this year.

In this post I will take a closer look at how the Member States that have already implemented Article 17 into national law have approached the issue of protecting the fundamental rights of users. I will also take a look at the Commission’s implementation guidance and the opinion of AG Saugmansgard Øe in case C-401/19.

The Member States: United in diversity

We can currently distinguish three different approaches to Article 17 implementation. The largest group of Member States has chosen to limit themselves and restate the provision in their national laws. Another group of Member States has chosen to include substantive ex-ante safeguards against over blocking in their national implementations, while a third group has included provisions that require that all disputes about blocking must be resolved ex-post, prioritising the interests of rightholders over freedom of expression of users.

The Article 17 implementations in France, the Netherlands, Hungary, Croatia, Estonia, Malta, Ireland and Denmark are in essence re-statements of the directive’s text. They contain the general principles established in the directive but fail to provide platforms with concrete guidance on how to reconcile the conflicting obligations in Article 17. As such, they leave substantial room for manoeuvre to the platforms falling within the scope of the directive. It seems that most Member States who have chosen this approach see this as a safe bet that does not risk violating their obligations under the directive (although AG Saugmansgard Øe clearly thinks differently on this point — more on this below).

There are smaller deviations from the text of the article in this category: The Netherlands have explicitly included the possibility for the Minister of Justice to issue additional implementation rules, and Estonia has added language that requires platforms “to take measures to enable users to lawfully make available to the public protected materials under copyright exceptions”. On the other side of the spectrum, the French implementation includes provisions that grant the national authorities additional powers in the application of the law, for example when it comes to the definition of the affected platforms and in the application of the complaint and redress mechanism.

Italy and Spain, both of which completed their implementations in the fall of 2021, have chosen to intervene in this balance. While these implementations are largely re-statements of the text of the directive, both Member States have decided to include additional provisions that require platforms to ensure that uploads where users dispute an automated blocking request remain unavailable until the conclusion of the complaints. This filter-first approach that relies on purely ex-post protection of user rights is in line with the interpretation that Spain (together with France and Portugal) had advanced during the hearing of case C-401/19 at the CJEU. It is based on the understanding that the temporary unavailability of non-infringing user uploads is justified in the light of a presumably more important objective of ensuring a high level of protection for rightholders.

Germany and Austria have taken the opposite approach. Both implementations include procedural and substantive ex-ante user rights safeguards that significantly limit the ability of platforms to deploy fully automated upload filters to comply with their obligations under article 17(4). The legal mechanics differ: Germany works with “presumably authorised uses”, while Austria carves out the “uses of small parts of a work” from the obligation to prevent the availability. Still, both legislators have settled on the same quantitative thresholds for the protected uses: 15 seconds of audio or video, 160 characters of text or images of up to 250kb. In both implementations this only applies when less than 50% of the original work is used and it is combined with other material created by the uploader (the German implementation waives the 50% requirement for individual images). Both the Austrian and German implementations also allow uploaders to flag longer uses of protected works as legally allowed. In all of these situations uploads cannot be automatically blocked and need to be manually reviewed by rightholders and have to remain available until the dispute has been resolved. Both the Austrian and the German implementation back up these ex-ante protections with a number of additional procedural safeguards that can be invoked ex-post.

Commission and AG side with Austro-German approach

Interestingly, this situation replicates the two opposing lines of argument that were brought forward during the CJEU hearing of case c-401/19 in November of 2020. The Austro-German approach largely follows the arguments brought forward by the European Commission, the Council and the European Parliament, in prioritising the protection of the uploader’ fundamental rights over the economic interests of rightholders. On the other side, the Italo-Spanish approach follows directly from the position taken by Spain, France and Portugal that the temporary unavailability of legitimate uploads is a necessary feature of the legislative intent behind Article 17.

This also means that for now the Austro-German approach is the only one that complies with the guidance that the Commission published in early June right before the directive’s implementations deadline. Apart from the highly questionable addition of an exception for content the “unauthorised online availability of which could cause significant economic harm”, the Commission’s guidance maintained the position taken by the Commission in its consultation document from the summer of 2020 and argued in front of the CJEU in November 2021. According to the Commission’s guidance, fully automated filtering must be limited to manifestly infringing uploads and national implementations should require platforms to ensure that uploads that are not manifestly infringing can only be blocked after human review by rightholders. The guidance clearly prioritises the obligation to prevent the blocking of legitimate uploads in Article 17(7) — which it considers an obligation of result — over the obligation to make best efforts to prevent the availability of works identified by rightholders.

The opinion of AG Saugmansgard Øe in C-401/19, which was published a few weeks after the Commission guidance, largely embraced the arguments made by the Commission in front of the CJEU and included in the guidance (with the exception of the last minute addition of rules for “high value content”, which the AG refutes as incompatible with a freedom of expression preserving implementation). In doing so the AG opinion provides additional credibility for the Austro-German approach.

Maybe more interestingly the AG opinion also addresses questions related to the scope of implementation legislation as such: According to the AG, it is up to the Member States — not to private parties such as platforms — to find practical solutions to help filters distinguish between ambiguous and manifestly infringing uploads. This observation — if taken over by the CJEU in its ruling — calls into question the validity of the implementation approach taken by the majority of the Member States. By simply re-stating the provisions of the directive in their national laws these Member States have — in the eyes of the AG — shirked their responsibility to provide meaningful guidance to platforms operating within their jurisdictions.

This leaves Austria and Germany — the only two Member States who have attempted to find practical solutions for the conflicting legal obligations handed down to them by the EU legislator — in a relatively comfortable position. It also means that for now it looks like the technical parameters that have emerged from the implementation discussions in these two Member States are likely to set the standard for automated content filtering on user -generated content platforms for the rest of the EU and possibly beyond.

Despite the continuing uncertainty around the correct implementation of Article 17, the pace of national implementations has notably picked up in the last few months of 2021 — after the Commission had sent out infringement letters in early September — and this trend will likely continue in the new year. With the compliance of Article 17 with the right to freedom of expression in doubt and compliance of the majority of the national implementations in doubt, all eyes remain fixed on the CJEU in Luxembourg whose ruling will — no matter where it falls — require a number of Member States to revisit their implementation laws.