To ensure you don’t miss out on interesting IP law developments reported on our other IP blogs, we will, on a regular basis, provide you with an overview of the most-read posts from each of our IP law blogs.  Here are the most popular posts over the past few months.

“Part I of this post introduced the recent emergence of Non-Fungible Tokens (NFTs), explained their basic characteristics and what they can represent. In this Part II we discuss copyright law aspects of NFTs, with a focus on the EU copyright acquis.”

“The European Court of Justice (CJEU) ruling in joined cases C-682/18 (YouTube) and C-683/18 (Cyando), concerning platform liability for copyright-infringing user uploads under Art. 3 (1) InfoSoc Directive, has been eagerly awaited for a long time. Such a long time – almost a year has passed since the Advocate General opinion (see here) – that a casual observer of copyright law may conclude that the judgment has lost its practical significance. After all, on 7 June 2021, a new copyright liability regime for certain online platforms entered into effect: Art. 17 of the Directive on Copyright in the Digital Single Market (DSM Directive).  In this blog post, we explain why the judgment is still highly significant, coming at a time when the fundamental rights compatibility of Art. 17 DSM Directive is acutely in question, very few Member States have implemented the DSM Directive and the legislative process on the Digital Services Act (DSA), attempting to modernize EU law on platform regulation, is in full swing.”

Three interesting cases on derivative works, two involving Jeff Koons and one Tintin, have recently put French copyright law in the international spotlight (e.g. here and here). The American transformative artist Jeff Koons was condemned by the Court of Appeal of Paris for copyright infringement in 2019 and in 2021 for sculptures from the ‘Banality’ series (see hereunder), whereas the Court of First Instance of Rennes, in a judgment of 10 May 2021, ruled that the author of paintings incorporating the Tintin character in flirtatious situations could rely on the exception for parody.”

“According to the German Federal Supreme Court’s decision of 29 July 2021 (Case I ZR 139/20) the gold-colored foil of Lindt’s chocolate bunny is protected by a trademark acquired through use. The Court lifted the decision of the Higher District Court Munich which had rejected an infringement action against a competing product denying trademark protection for the gold-colored foil. The case was remitted  to the Higher District Court Munich for a new decision.”

2) Beware of Michelangelo’s David. 500 years after its carving its slingshot may still hurt… by Erica Vaccarello and Fabio Angelini

“The Court of Florence last October 25, 2017 issued a decision prohibiting a travel agency to commercially use the image of Michelangelo’s David without the authorization of the “Galleria dell’Accademia”, (Galleria) the museum where the sculpture is located…

The Court held that the travel agency’s conduct, being a commercial exploitation of the David, was capable of causing an economic damage to the Galleria because of the (peculiar) Italian law on Cultural Heritage which provides that for works of art  that qualify as being  part of the Italian “cultural heritage”, free reproduction is only allowed when is for personal or no-profit purposes,  while for all commercial purposes  a specific authorization and the payment of fees to the entity responsible for the artwork’s administration is required (artt. 106-108). Since the travel agency had neither requested authorization, nor paid any fees, the Court issued an EU-wide injunction and ordered the removal from market and destruction of the agency’s advertising materials, rejecting, however, the request to close the agency’s website.”

“Guerlain, the luxury French perfume, cosmetics and skincare house, has emerged victorious in their three year-long attempt to obtain registration of a three-dimensional EU trade mark in respect of the shape of one of their lipsticks”

“Germany and Slovenia have ratified the Protocol on the Provisional Application (PPA) of the Unified Patent Court Agreement. 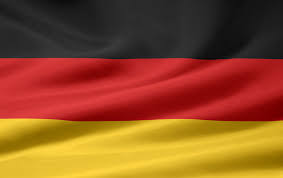 According to a report of the UPC Preparatory Committee, the German government deposited the instrument of ratification for the PPA on 27 September 2021. It wrote: “This is a decisive step on the way to the establishment of the Unified Patent Court after the work had been on hold for several years during the examination of the Agreement by the German Federal Constitutional Court (FCC).”

“The Unified Patent Court will open its doors for cases around mid-2022. That is the expectation of the UPC Preparatory Committee, which has published a time plan for the Provisional Application Period (PAP) and start of the UPC today. According to the plan, the PAP will have to be approximately eight months “to conclude all the work that needs to be done”.

The publication is a reaction to the entry into force last Friday of ratification legislation in Germany for the Unified Patent Court Agreement, following the dismissal of requests for interim injunctions against this legislation by the German Constitutional Court in July. This opened the road to the start of the UPC and Unitary Patent system, in which Germany has a central role.”

“Two months after a series of ILOAT judgments stating that former EPO president Benoit Battistelli abused his power by implementing new rules to restrict the rights of staff members to strike in 2013, the EPO has detailed in which way it intends to carry out the judgments.

According to a SUEPO report, EPO president António Campinos published a communiqué on 14 September 2021, explaining that the Office intends to apply the outcome of the judgments to all staff on strike since July 2013 only insofar as they concern excessive strike deductions or for unauthorised absence on 2 and 3 July 2013. The payments should be completed by the end of the year.

However, no moral damages will be awarded by the EPO to those who neither filed a complaint in front of the Tribunal nor an application to intervene.”